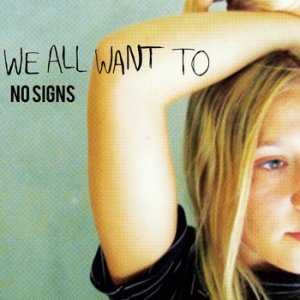 The EP opens with a remix of “No Signs” which gives a new level of light to the original. This then leads perfectly into a cover of Lifter Puller’s song “Mission Viejo.” The band do justice to the original all the while keeping it linked to the We All Want To sound. New song “Mindless Damage” is a driving power pop number with a beautiful duel vocal performance from Tim and Skye which leads into “Down In the Park” which is another life affirming rock song. The real highlights for me of this EP are the acoustic versions of “It Felt Like A Film” and “Ramp Up The Bleeding.” When these songs are stripped back they become even more beautiful than the originals. “Ramp Up The Bleeding” as a rock song is beautiful but in this minimal acoustic version the ache of the lyrics is amplified. I almost prefer this laid back version of the song and I want to hear Tim Steward croon more like this. His fractured ached performance in this song is backed beautifully by Skye’s vocals and all of the sublte flurries of percussion. When that flute hits, fuck, all I can say is that it becomes hard not be reduced to tears, it just cuts right through you. The EP is rounded out with the original version of “No Signs” and “Out Of The Woods” both of which come at the perfect spot to help give the final full stop to what has been an amazing year for the band.

On the surface, the lazy journalist will say that this is an odds and sods collection of tracks. Don’t believe that for a second, this is a vital companion to “Come Up Invisible” and you need to own this if you loved what We All Want To did on that album. The “No Signs” EP is a nod to the past and big nod to the future. It leaves me wondering what the band will do next. After hearing the amazing acoustic version of “Ramp Up The Bleeding” I’m left feeling that I’d love to hear more of that, but that is the beautiful thing about a band like We All Want To, they can do whatever the fuck they want because they are such accomplished songwriters. The future is a beautiful one for We All Want To and I look forward to hearing what happens with album number three.